Client Scenario & Strategy: Dalton Harding began his career in sales and, over 30 years, progressed to a key leadership role with a Fortune 500 information management systems provider.

In response to industry changes and economic challenges, the company had undergone massive restructuring, downsizing, and voluntary departure of executive decision-makers. Dalton had succeeded in turning around a highly unstable region, but he had grown weary of winning his battles when the company seemed unlikely to win the war.

Dalton decided to move on. His goal was to leverage his turnaround and business development leadership strengths in a similar role with a mid-six-figure salary.

Existing Resume: As Dalton had been with the same company for almost 15 years and had found early opportunities through networking alone, he had never needed a resume. He hurriedly compiled a basic, one-page “outline-style” resume, but realized it would not serve him well in a serious job search.

Unfortunately, it did nothing to sell his executive-level skills and presented only the last 14 years of his career. Although it did list brief accomplishments, they were not fully fleshed out, nor did they demonstrate what Andrew did to achieve them or tie them to his unique strengths.

Branding/Unique Skills: The common thread in Dalton’s career was his ability to overcome extreme challenges and turn around under performing operations. In short, he was a “fixer.”

In addition to his strengths as a strategic planner skilled in leading execution of core operational and cultural transformation initiatives, his forte is to serve as a consensus builder able to galvanize cross-functional groups and form cohesive teams.

He enjoys a challenge and is at his best when he can “rally the troops” with incentives and team-building events to get everyone on board with his vision and working toward a shared goal.

Development Strategy: Colleen’s strategy for Dalton’s resume was to position him as a high-level turnaround expert, using the opening title to advertise his forte. The turnaround theme was then highlighted throughout all three pages.

In each of Dalton’s roles, the challenges he faced were presented, followed by descriptive accomplishments detailing the specific problems, what he did to address the issues, and the resultant outcomes.

For Dalton’s project, Colleen believed it was important to paint a clear picture of the operational nightmare he inherited in 2003. As this role was his most current and represented the pinnacle of his career to date, it took center stage on Page one.

The next sentence provided a snapshot of the transformation he engendered, with an overview of how he did it. What follows are accomplishments that detail how Dalton pulled off a massive turnaround that many insiders (feeling they were on a “sinking ship”) were skeptical was even possible.

Results: Dalton teamed with an executive recruiter and, within a month, had interviewed with an Atlanta-area manufacturing firm. However, salary negotiations reached a stalemate, as the offer was less than his compensation package with his previous employer. Two months later, after two more interviews with other Southeastern firms, Dalton and his family made the decision to relocate to New Jersey after he received an offer for the position of President/CEO for an early-stage healthcare information management company. 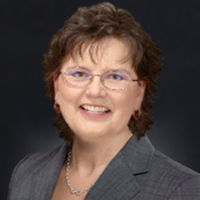